Hunt down famous shootists from the Old West, take their photographs, and most likely, shoot ’em dead. Here’s how to track down all of the famous gunslingers and claim their special guns.

You can start the Gunslinger side-quests in Red Dead Redemption 2 by visiting the second saloon in Valentine, the first town you visit. This isn’t the big saloon where a lot of story missions take place, but the one off the main street.

Talk to the writer, Calloway, and he’ll ask you to track down a group of Gunslingers for the mission The Noblest of Men, and a Woman. He wants you to come back with their photographs and stories of their legendary days in the Wild West.

For the majority of cases, these groups of gunslingers don’t really want to be disturbed and you’ll usually end up in a gunfight and a duel to the death, so go prepared.

Firstly, pull up the photos he gives you and inspect them. Once you do this the gunslinger’s location will be marked on the map. You’ll get access to four gunslingers at a time and can chase them down in any order, but we recommend the following order as some of these missions will get you a decent unique weapon upgrade or other significant items like a treasure map.

Warning: the majority of these Gunslingers will drop a unique weapon. This is great, but make sure you pick it up after you’ve killed them. You won’t get a second chance. 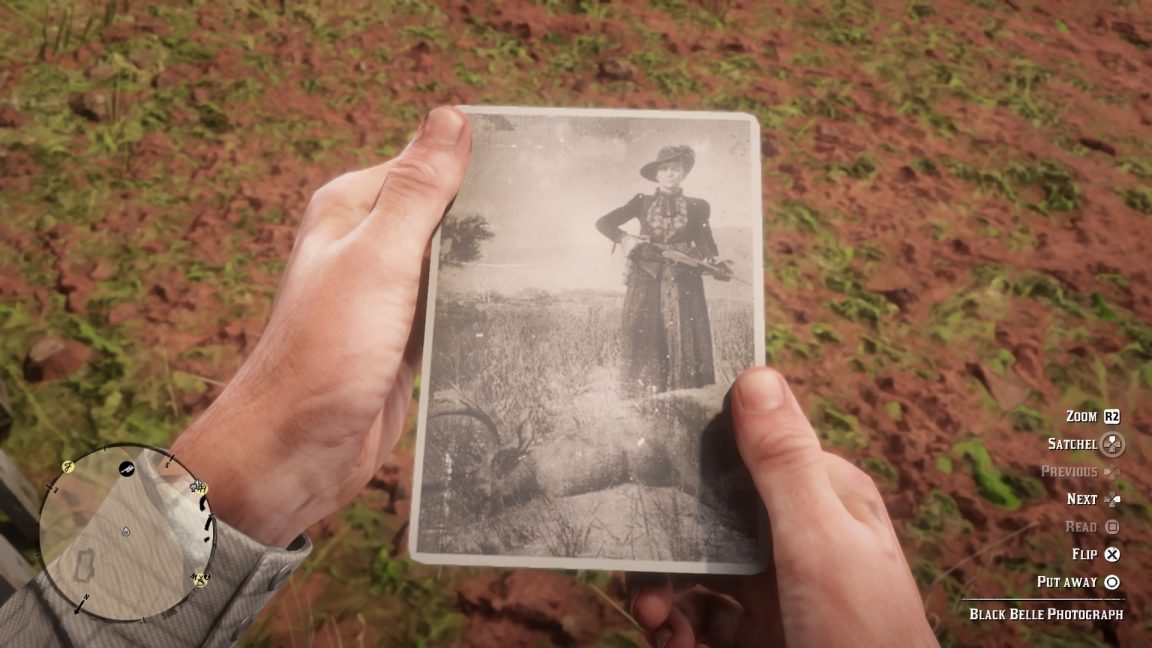 You’ll find this hog-fancier near Flat Iron Lake. Start a conversation with him and then you’ll have to clean up four piles of pig shit. Once that’s done you’ll antagonise him into a draw.

Shoot before he throws the knife, then go over and photograph his body. Mission accomplished. Now pick up Granger’s Pistol and keep it for yourself.

Billy’s a recluse, hiding out near Rhodes Train Station. Talk to the station manager and he’ll put you on the next train, where you’ll find Billy. Give chase and you’ll have to draw against him on a carriage roof. He’s fast, but if you put him down you’ll earn Midnight’s Pistol for your troubles. Take his photograph and you’re done.

Black Belle is hiding out in Bluewater Marsh and you should head here after Billy Midnight because it’s close to Rhodes. When you arrive you’ll be helping her fend off against a few waves of bounty hunters. You can defend the homestead and use the planted explosives to take out a couple at a time, but make sure you prioritise taking out the Gatling gun when it arrives. With that done, take Belle’s photograph and you’re done.

Loot the dead if you like, and check Belle’s shack for a Cigarette Card. 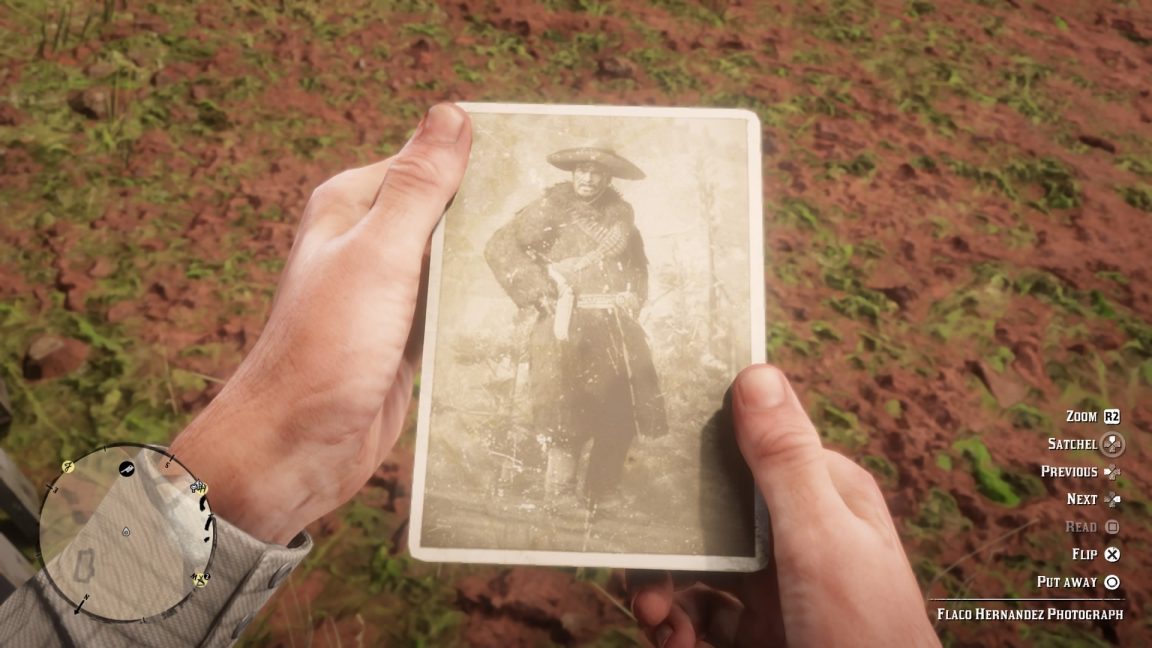 Falco runs with a gang of at killers, so go armed accordingly. He’s also in The Grizzlies, so it’s worth changing into winter clothes to stay warm. You’ll find his camp around a frozen lake, and there’s the opportunity to approach quietly and stealth kill a bunch of gang members.

Once you’ve dealt with his boys you can take down Flaco, take Flaco’s Revolver, and find a cigarette card and a The Poisonous Trail Treasure map in his cabin. That’s some good lootin’!

After tracking down the four gunslingers, you’ll notice Calloway has disappeared from the map. Don’t worry, the final chapter of this mission won’t open up until later in Chapter 4. Return to the saloon in Valentine and speak to the bartender, who will send you to Saint Denis and the Grand Korrigan riverboat. Speak to Calloway to reveal the final Gunslinger, Slim Grant.

You’ll first need to go to the Sheriff in Annesburg and then to the outlaw camp to the west of Annesburg. Take out the bandits and untie Slim, to take him to Brandywine Drop.

You’ll now have to face-off for a duel. Kill the Gunslinger and you can take his weapon – and the Gunslingers side-quests are all complete.

If you’re looking to build your weapons collection, here’s our pick of the best weapons you can buy from the Gunsmith and collect around the world.

Looking for rare weapons, where to find Legendary hunts or want to find out how to replenish your camp’s ammo? Head over to our ultimate Red Dead Redemption 2 guide for all the tips, tricks and walkthroughs you’ll need.

You can also find our Red Dead Online beta guide here, with tips and tricks to get you started in the single-player story missions and multiplayer modes, character customisation and more.