It wouldn’t be PSX without a look at some of the lovely indie titles coming to PlayStation 4.

Sony showed off some independent studio titles coming to PlayStation 4 during PlayStation Experience 2017 this weekend.

There were quite a few indie trailers posted after the PlayStation Experience keynote ended, so we rounded up everything we could find for you below.

During PSX 2017 weekend, Sony also provided updates on previously announced indie titles, such as Wattam, which was announced last year at PSX 2016. It will be released this year on PS4.

Top-down stealth and strategy game The Church in the Darkness was also mentioned. It was originally expected for release on PC, PS4 and Xbox One in early 2017, but will release sometime in 2018.

Along with trailers, and screenshots where available, we’ve also listed other release platforms for these indie titles when we could find the information.

Enjoy the round up below.

Lost Soul Aside is playable this weekend at PlayStation Experience, and the footage you see below is a taste of what folks are getting their hands on.

In development at Ultizero Games, Lost Soul Aside started life as a one-man project from Yang Bing.

Announced via a fabulous trailer in 2016, Lost Soul Aside is currently without a release date, but in 2016, Bing said the action game was a couple of years out.

Mulaka is in development at Lienzo located in Chihuahua, Mexico. Our first look at the game came in August via a Nintendo Indies showcase.

It will be released for PS4 in early 2018 alongside PC, Switch and Xbox One.

Jupiter & Mars is a PS4 debut from Tigertron, set in a near-future Earth. It shows one of the possible outcomes from “the excesses and abuses we inflict on the planet today.” The gameplay was inspired by titles such as Ico and The Last Guardian.

Playable on PS4 but designed for PlayStation VR, players control a dolphin named Jupiter and its AI-companion Mars. The two partake in an underwater adventure to help restore life in the oceans. 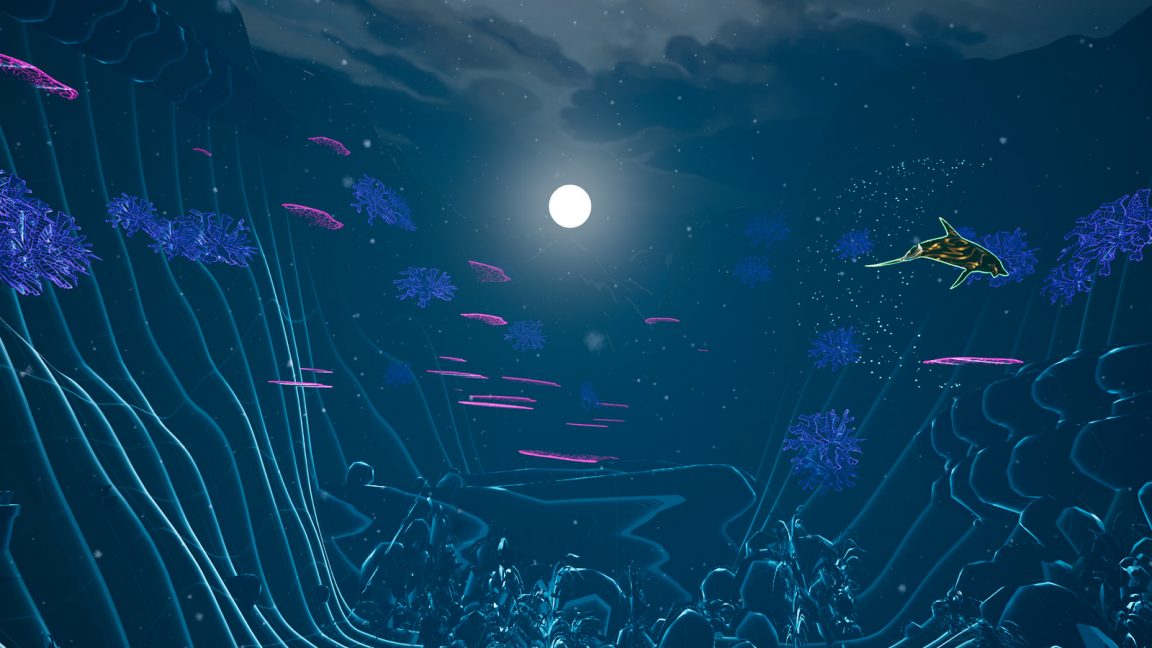 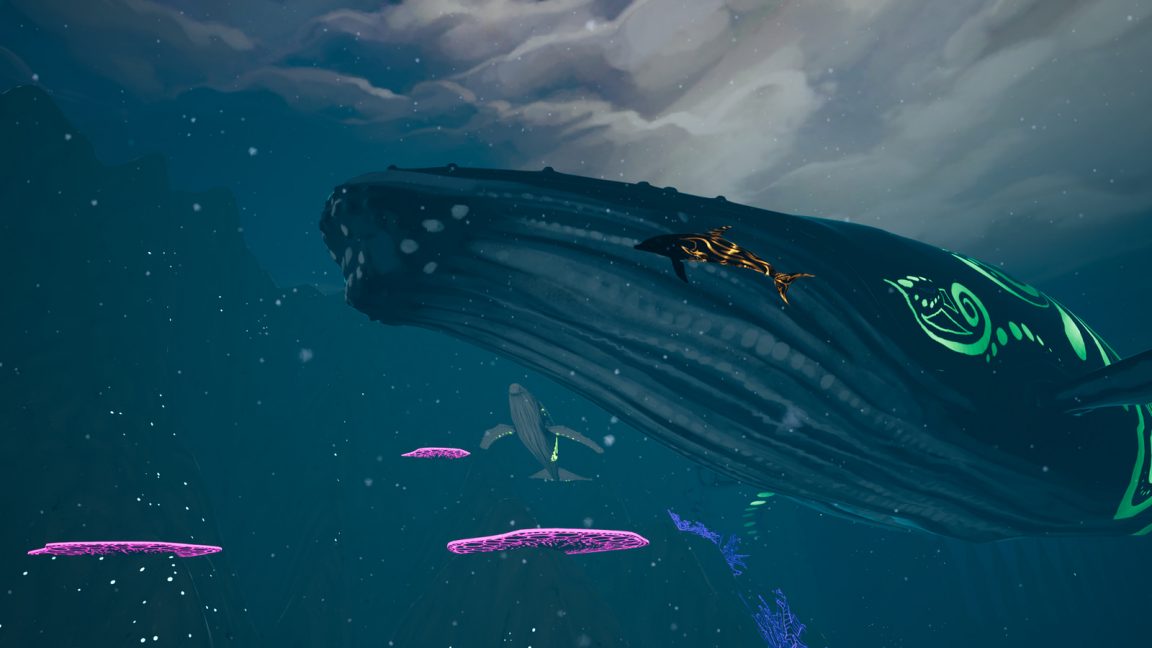 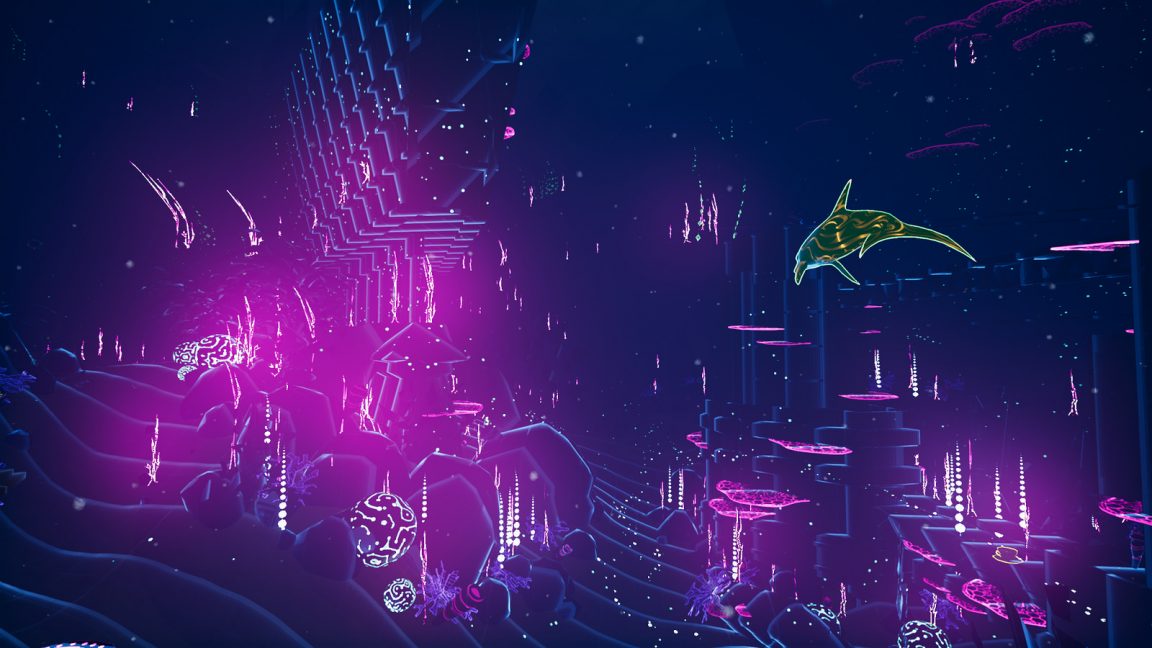 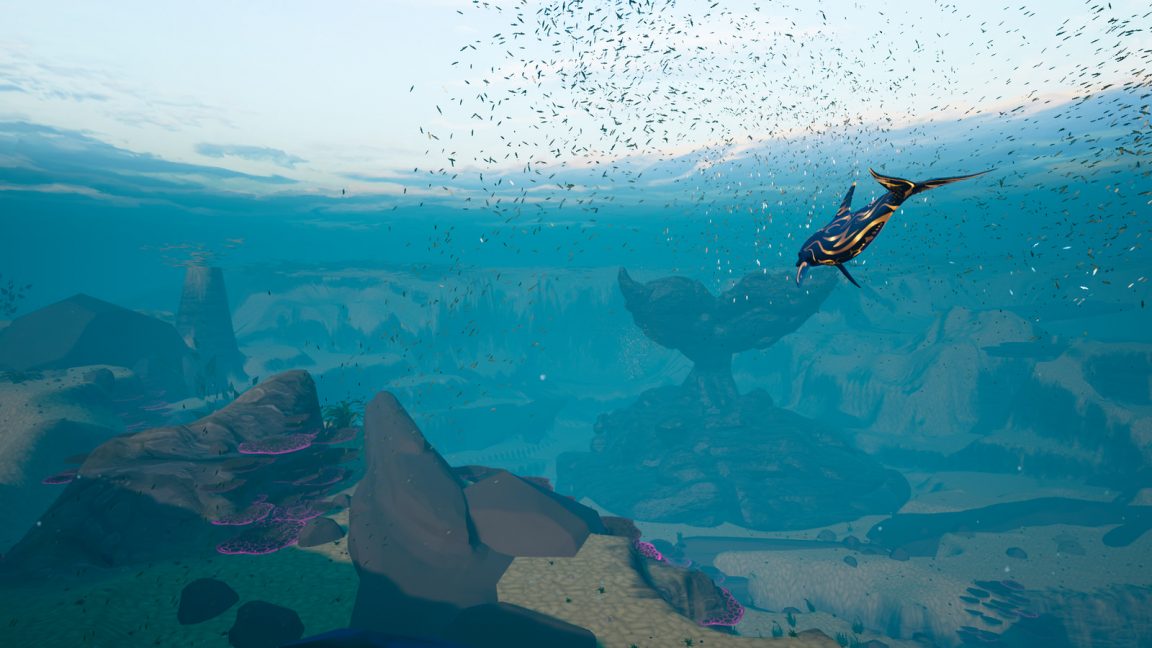 Tigertron studios was formed by Q Entertainment’s James Mielke, the former Editor-in-Chief of Electronic Gaming Monthly and 1UP. His co-partner is Sam Kennedy, who worked with Mielke at both 1UP and EGM. The studio was founded in 2015. The studio is developing the title in collaboration with Australia-based Tantalus Media and Wicked Witch Software.

The Annapurna Interactive-published Donut County is a physics adventure where you play as a mysterious hole in the ground.

In the game, players will control a tiny hole that increases in size as they use it to swallow up everything in site. Smaller items are swallowed to start with and eventually, players will be able to demolish buildings, drain rivers, and more.

Objects won’t disappear, though, as there is a puzzle mechanic to it. Should the player swallow a campfire, the hole catches on fire. 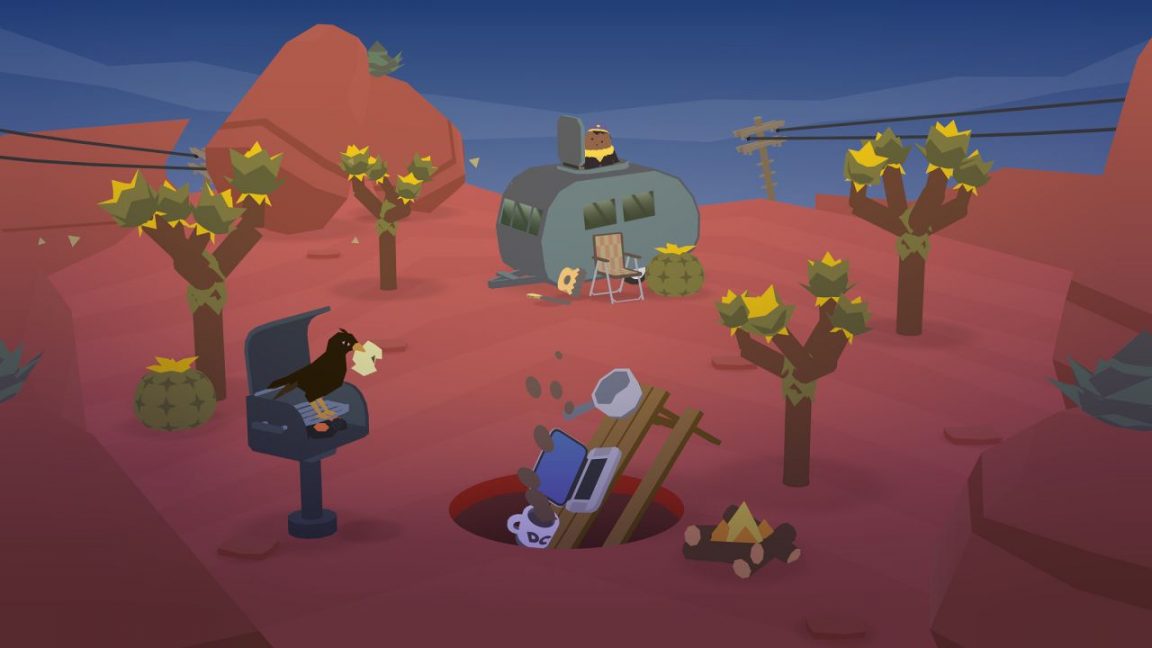 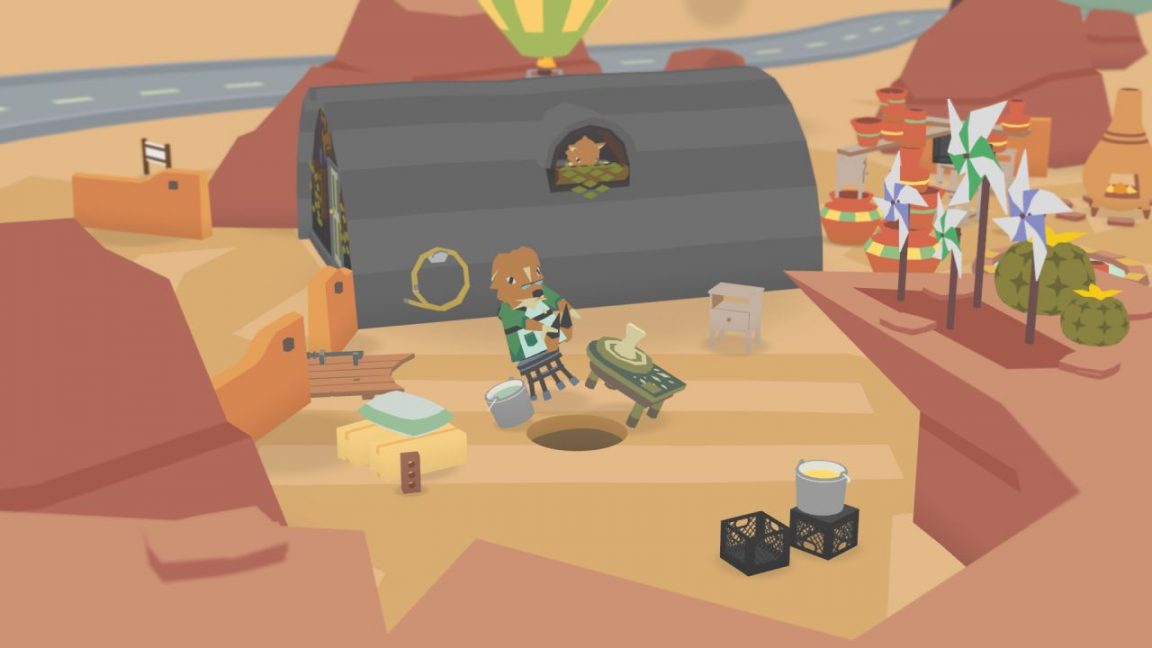 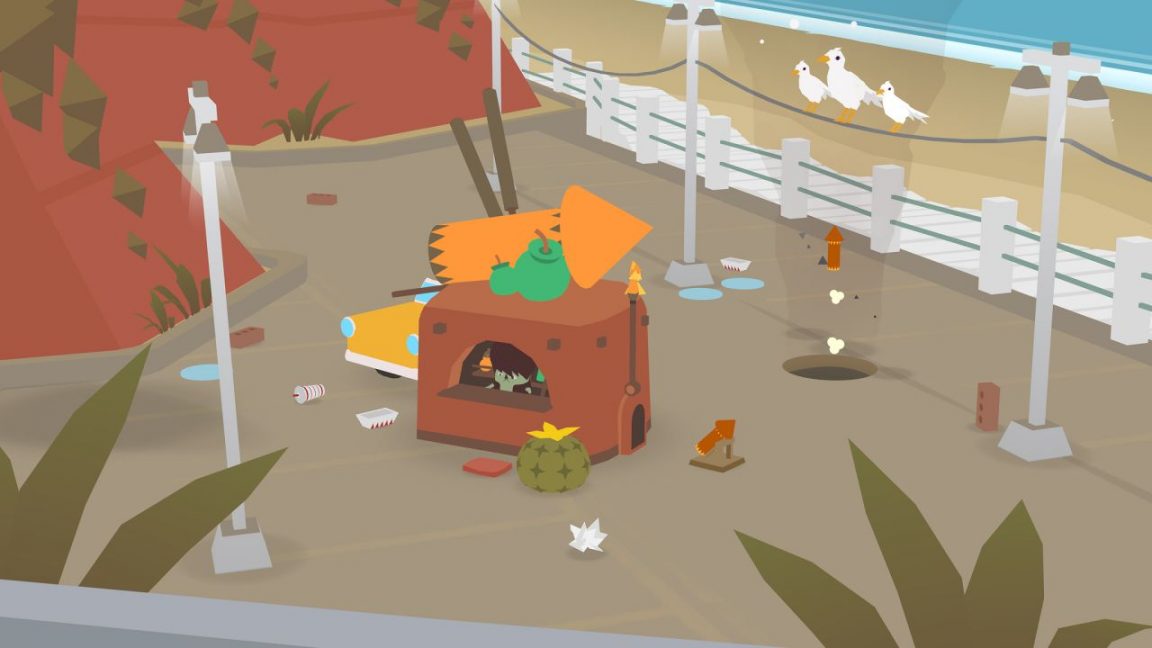 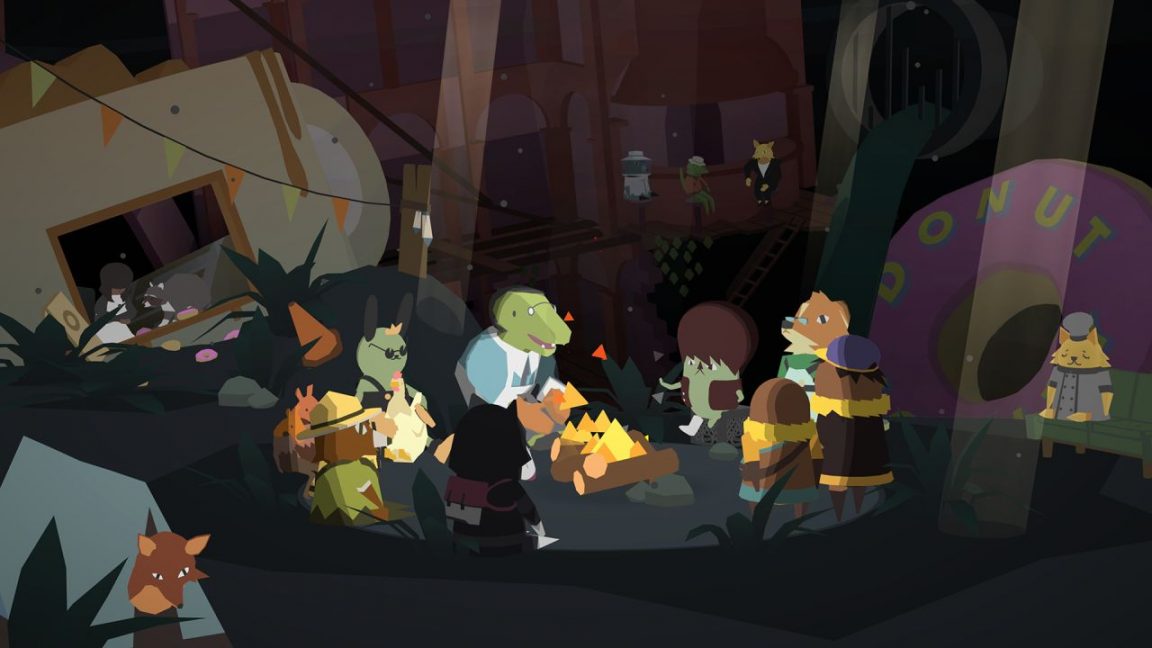 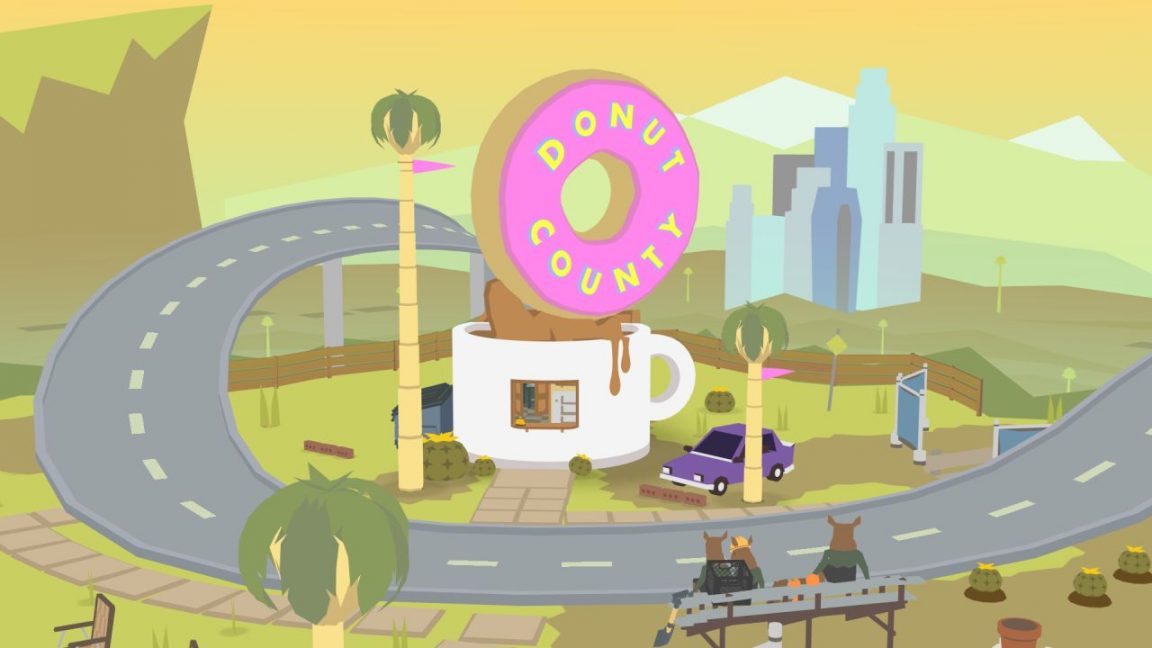 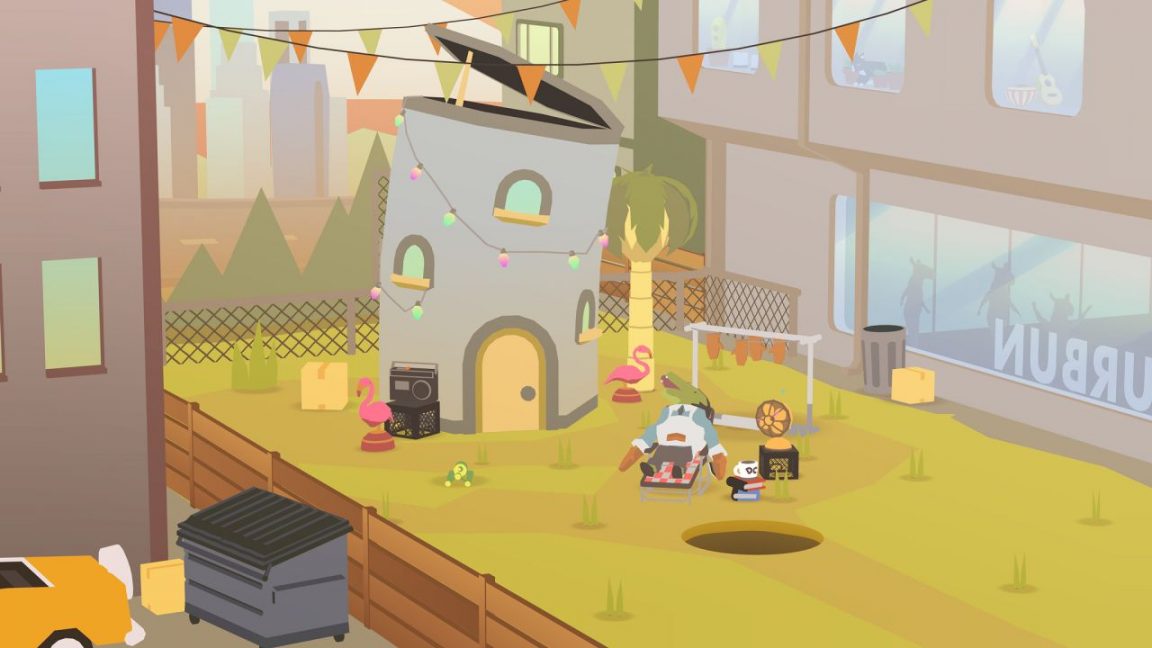 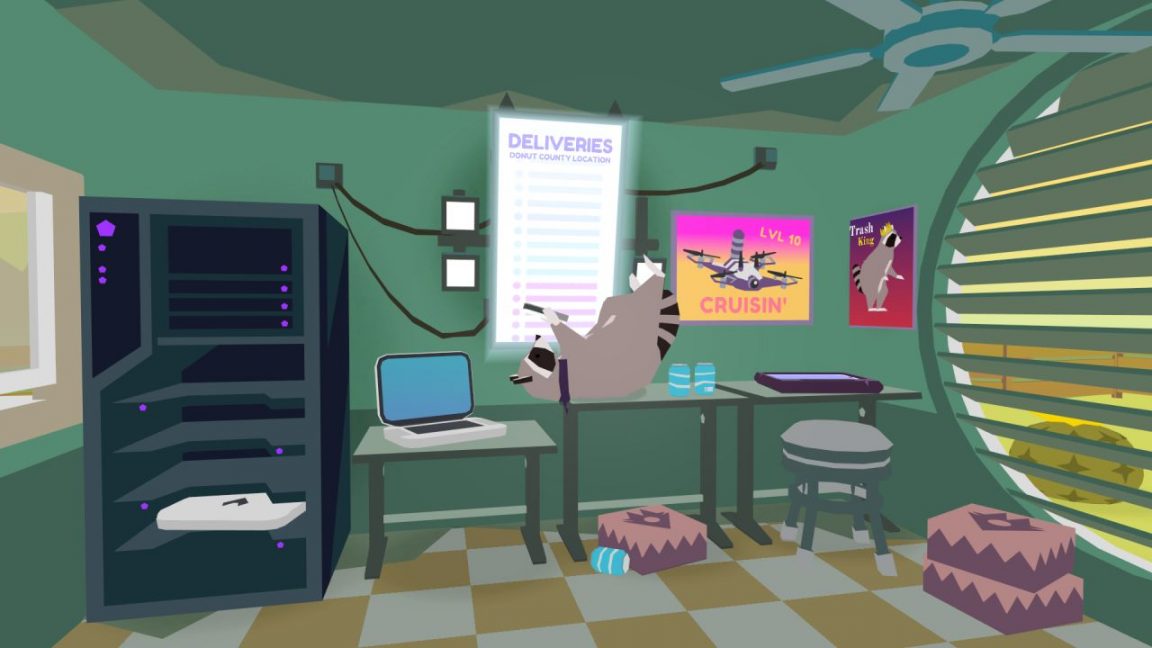 In Donut County, players take on the role of a raccoon named BK. BK works for a large raccoon run tech company that opens up holes to steal people’s trash. BK is charge of using the remote-controlled holes to steal everything. When BK falls into a hole himself, he must answer to his best friend Mira and the residents of Donut County who are now stuck 999 feet below their homes.

Developed by Ben Esposito, level designer for The Unfinished Swan and What Remains of Edith Finch, Donut County will be released for PlayStation 4 in 2018. It is also in development for PC and iOS.

It has also been updated with newly voiced scenes, as and voice work by voice actor SungWon Cho.

In the game, players take on the role of a journalist-turned-detective who teams up with a sapient machine. The duo is truing to unmask a conspiracy in Neo-San Francisco.

You already knew LocoRoco 2 Remastered would be released in December, so consider this a reminder and enjoy watching the launch video.

Available now, those who pick up LocoRoco 2 Remastered throughout this PSX weekend will also receive a special Holiday Theme with a brand new music track.

A demo for Omen of Sorrow, a PS4-exclusive fight game, is now available.

Announced at PSX last year, the fighting game featuring 12 characters based on “horror, myth, and lore.” It also features local and multiplayer co-op.

It’s out in 2018, and you can check out the latest trailer below.

DJMAX Respect will be released digitally for PlayStation 4 in Q1 2018, according to publisher Neowiz Games.

Developed by Rocky Studio, and published by Neowiz on PlayStation 4, Respect is the culmination of every past DJMAX release, including every single song from the series as DLC available after launch. The base game contains 147 songs in total with 40 created exclusively for DJMAX Respect.

All classic songs have been completely remastered, running at 1080p with 60FPS gameplay. It also supports local and online multiplayer.

A new look at Midgar Studios’ open-world parkour game, Hover was shown at PSx 2017 this weekend. Inspired by Jet Set Radio and Mirror’s Edge, the title was brought to life thanks to a successful Kickstarter campaign back in 2014.

It was released on Steam back in May, and will arrive on PlayStation 4 and Xbox One in early 2018. It supports both single-player and multiplayer modes.

This adorable shopkeeper RPG from Digital Sun is coming to PC, PS4, Switch and Xbox One in 2018.

Moonlighter puts players in charge of supplying adventurers’ needs. Doing so, players will upgrade their shop and eventually hire help to keep up with supply and demand.

Thing is, you aren’t just a helpful shopkeep – you’re also an adventurer. Come nightfall, you will traverse dungeons for loot to sell during the day. Have no fear: you will also find equipment along the way to keep you safe from harm.

Here’s a fun-looking puzzle-adventure for you: Flipping Death, a spiritual successor to Stick it To The Man.

Developed by Zoink Games, players are thrusting into the town of Flatwood Peaks, where there’s a bit of a problem: Death is on vacation.

Players will need to help ghosts with their curious problems while also solving the mystery surrounding your their own demise. 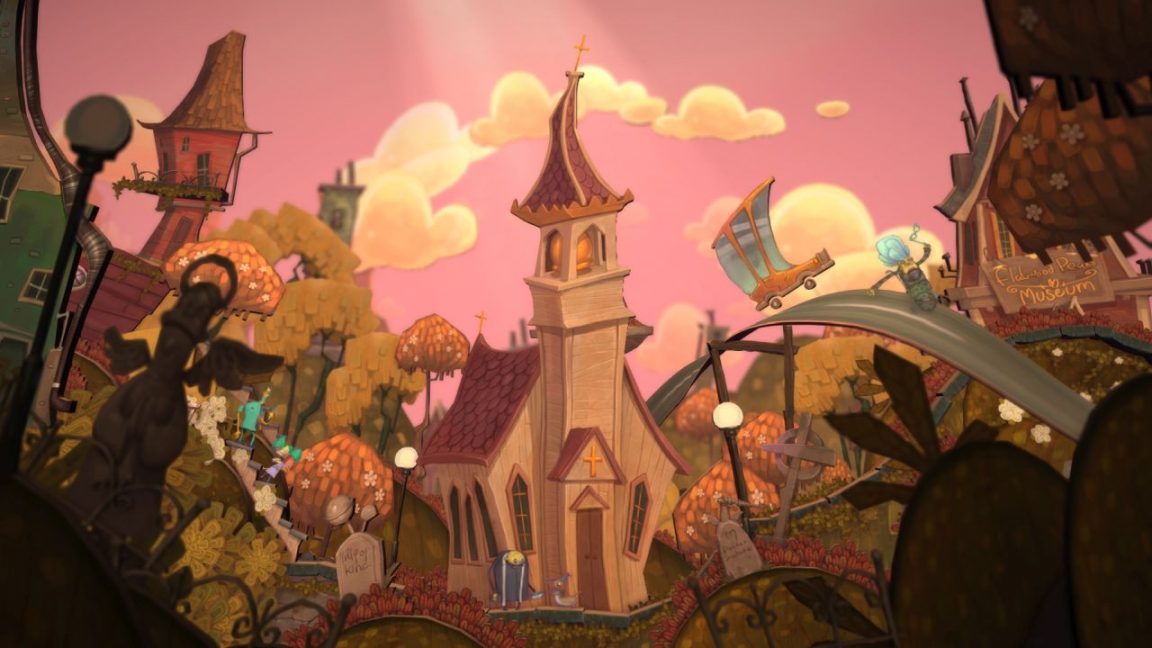 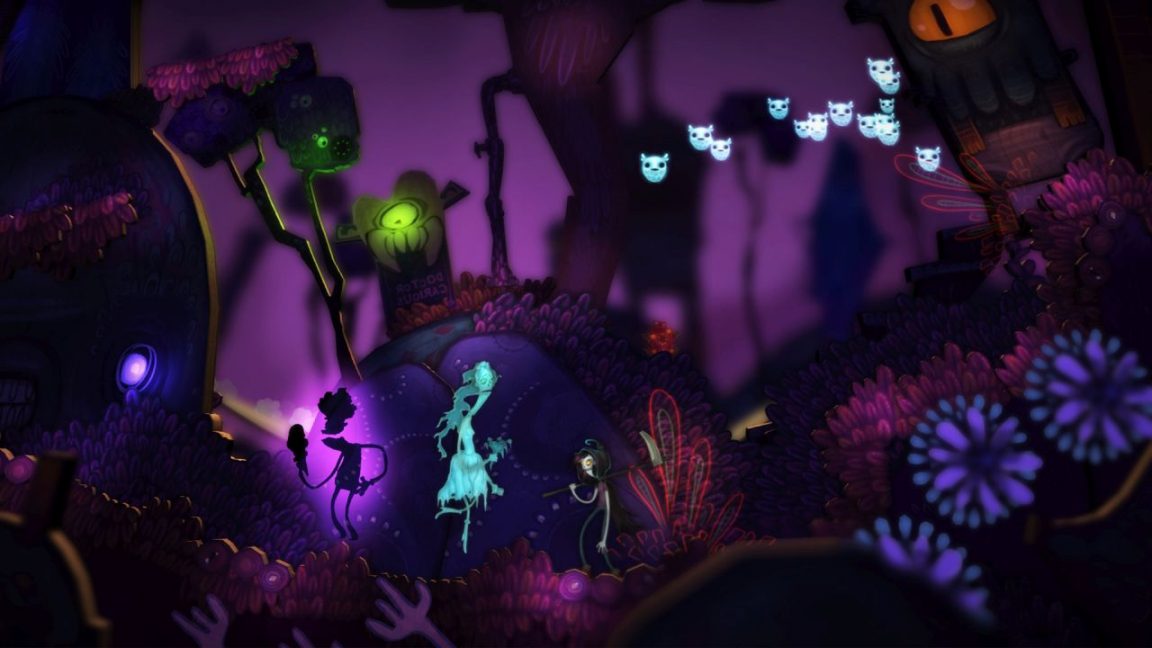 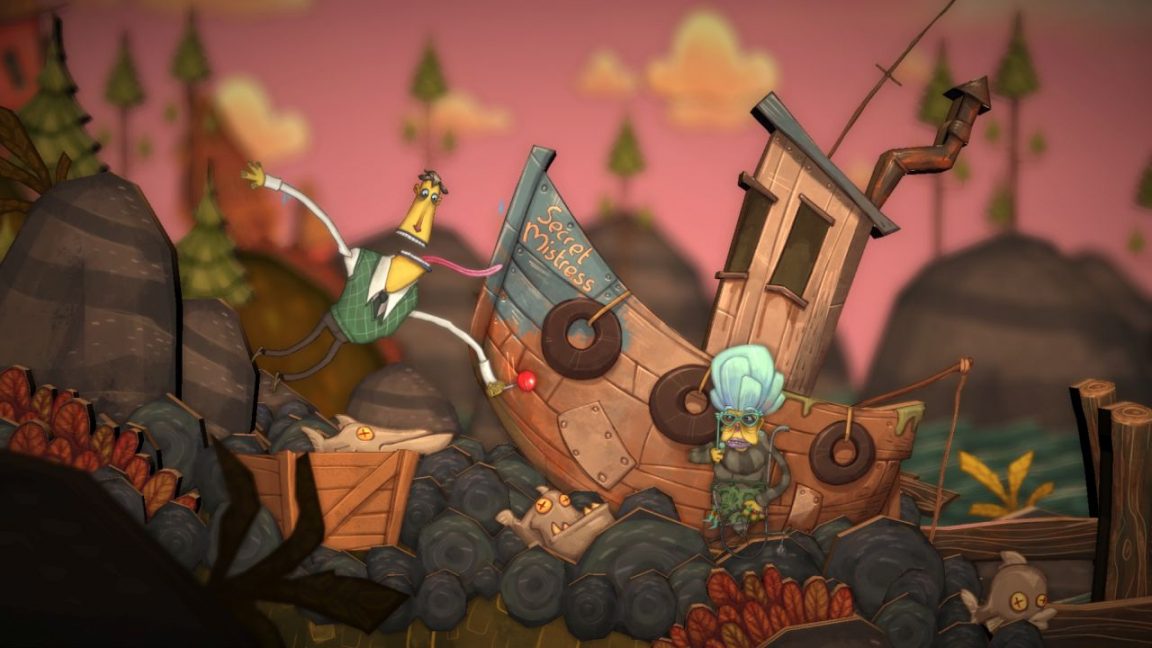 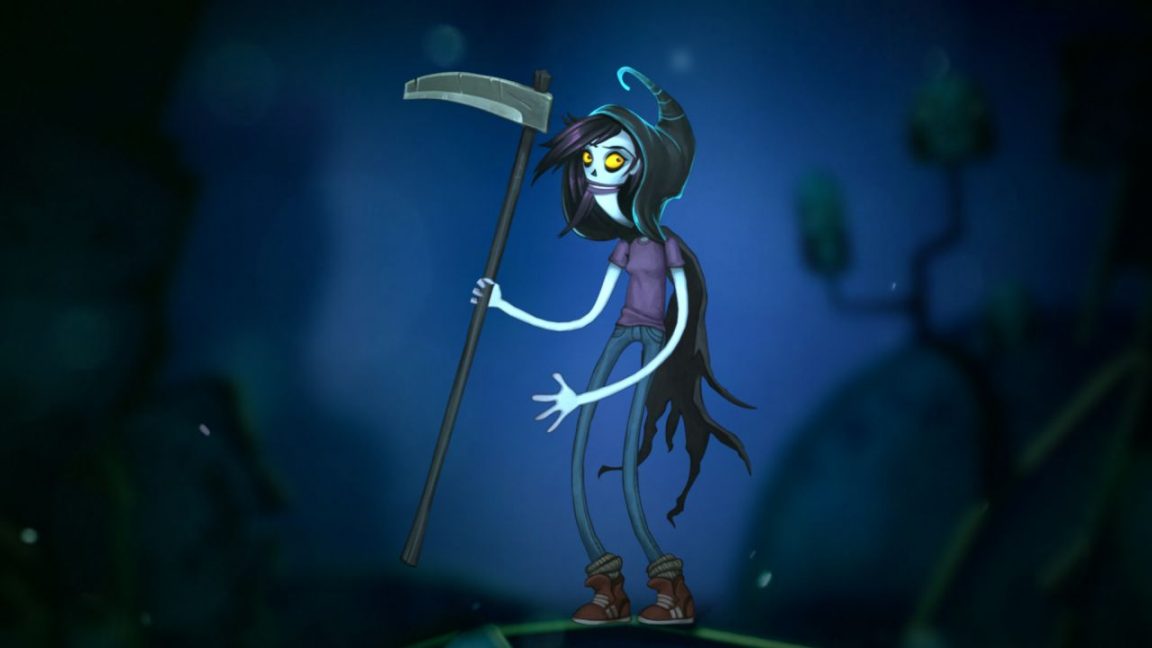 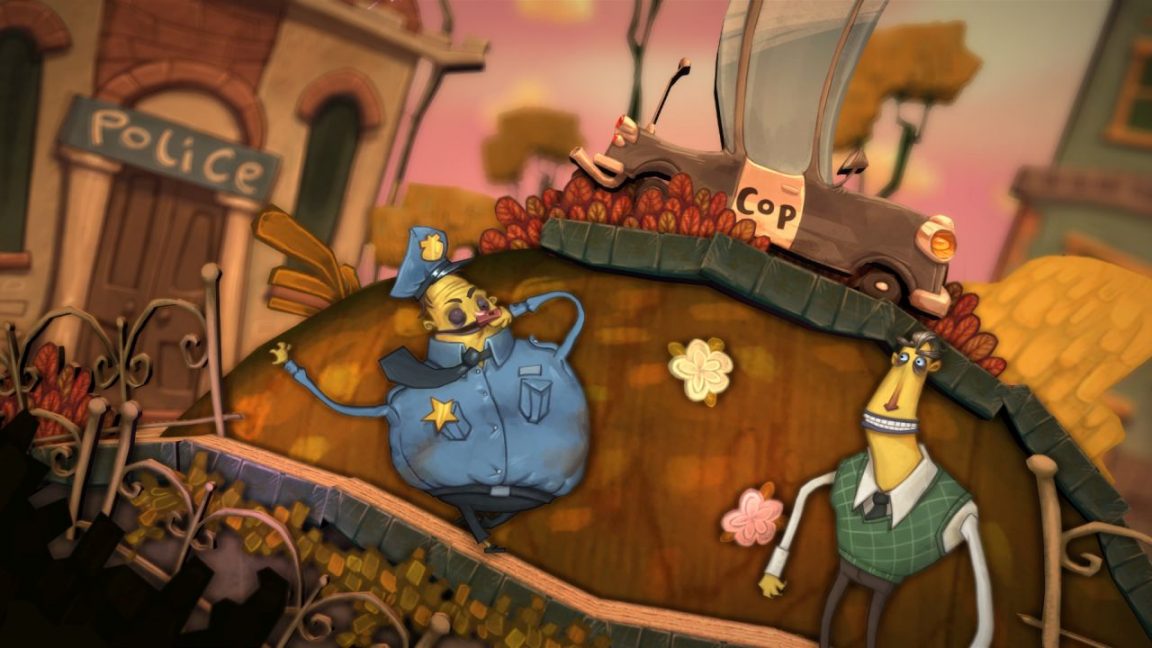 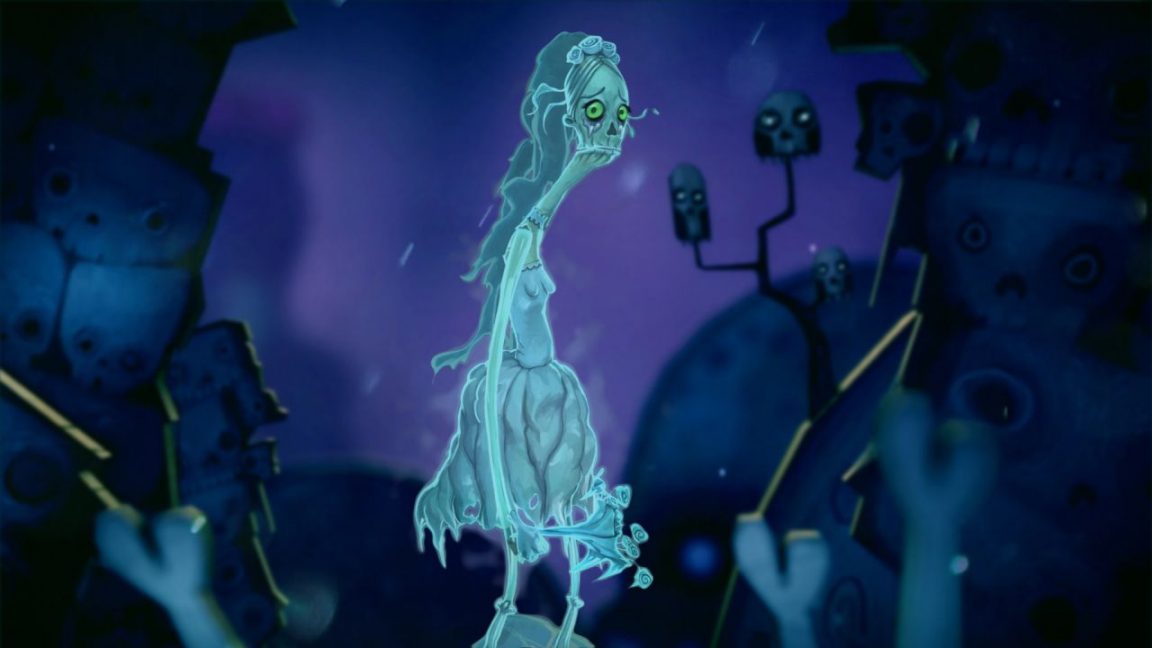 Developed by Pixwerk and already available for desktops, Tower 57 is a cooperative neo-retro shooter where players take on the role of a task force fighting their way through a dieselpunk megatower.

There are seven characters with different skills and number of weapons to choose from, and the environments are highly destructible, so go nuts.

The campaign was also designed for single player, and the cooperative elements can be played locally or online.

The game was successfully crowdfunded on Patreon and is currently in early access on Steam.

Fantasy Strike was designed to be easy to control, so that even “non-fighting game players” can can enjoy it. At the same time, it is said to be “deep enough to play in tournaments.” There are various characters to choose from, such as a ninja, dragon, panda, fish, and human.

This FPS hybrid for PC and consoles stars you as Earth’s last hope against the armadas of “data-hoarding robotic alien invaders.” Sounds pretty intense.

Mothergunship is a bullet shooter with customization options which will help you destroy alien fleets, through randomized enemy and levels, and massive bosses.

You can find out more on Mothergunship through the official website. It’s out on PC, PS4 and Xbox One this year.

Horizon Chase Turbo was inspired by Outrun, Top Gear, Lotus Turbo Challenge, according to the description. The arcade racer is the new version of the retro racing game Horizon Chase: World Tour.

It features a split-screen local multiplayer campaign, and an online Ghost Mode where players can compete against the best times via 110 tracks around the world.

Horizon Chase Turbo is available now on Google Play and through the App Store, where it seems to be rather popular.

Released on Steam back in the summer, 20XX is a roguelite platformer developed by Batterystaple Games. The game entered early access on the platform in 2014, so it’s been a long time coming. It started life as Echoes of Eridu when the developers took to Kickstarter for a successful round of crowdfunding.

Gameplay and visuals were inspired by Mega Man X, with platforming challenge on randomly generated stages based on level segments. While it features permadeath, players can use Soul Chips earned during during levels to unlock upgrades to, hopefully, survive their next attempt at the run.

Guns of Icarus: Online is the sequel to the original dieselpunk shooter that have players flying about in planes and zeppelins shooting each other.

The original game’s focuses is on multiplayer airship combat, but Guns of Icarus Alliance is slightly different as its more PvE based. That said, airship crews can also battle “one-on-one against other human-crewed opponents.”

Guns of Icarus Alliance was also designed to be cross-platform with the PC, Linux, and Mac versions that are currently running over on Steam. This is good news for PlayStation 4 as they will be able to join the current community.

Iconoclasts releases January 23, and in it, players take on the role of hobby mechanic Robin. They will then fight their way through various dangers that come with “choosing their own path” with just a wrench and trusty sidearm.

First news in a while that we heard on Iconoclasts, was a few years ago when it was in pre-alpha and part of the 2012 Indie Royale June Bug Bundle. In 2015, we were given another look when it was announced for PS4 through a reveal trailer.

The game started hard development seven years ago, but has been around since 2007 when it was known as Ivory Springs.

Iconoclasts will release on Steam and digitally on PS4.

Children of Morta is a story-driven hack ‘n slash roguelike developed by Dead Mage. In it, players go along on some adventures as part of the Bergson family.

“The Bergson family has watched over Mount Morta for generations as the guardians of the mystical mountain and the lands surrounding it, but now they face their most dangerous trial as a family. Corruption has seeped into the mountain, spreading and morphing the once peaceful mountain into a violent, monster infested nightmare.

“Experience what it means to be in a family of heroes. Take part in their journey, their struggles, and their victories! Witness the love each has for another, unmatched by even the gods themselves. Fight through hordes of unfathomable beasts as you explore the darkest depths of this ever-changing mountain. Gorgeous and breathtaking procedurally generated dungeons guarantee a unique experience every time you leave the safety of the Bergson’s home. Fight, protect, and discover the truth behind the Corruption.”

Children of Morta was a successful Kickstarter project and will be released on PlayStation 4, Xbox One and through Steam in 2018.

Pre-Orders, Game Events, and New Reveals | This Week on Xbox