Anthony Martial has just scored a belter. He picked the ball up 35 yards out, ghosted past one defender with a shimmy of his hips, froze the next man with a stepover before shifting the ball to his right and leathering it into the top corner from just outside the box.

It looked impressive in real-time, but when I slow it down in the instant replay, it’s even better. I can see the defender stumble at the first shimmy, the ball slowly rising after Martial hits it with backspin, and the keeper getting the slightest touch as it fizzes past.

It’s only after watching the replay, about four hours into my time with FIFA 19, that I really start to notice the little things EA has changed since last year. You crunch into tackles harder. Strong players throw their weight around more, shielding the ball from defenders. Agile wingers can slip away from tackles faster, and when you do smash a volley past a despairing keeper, it feels better than ever before in a FIFA game.

Yes, it’s another year of small improvements, but they add up to something that’s more fun on the pitch. Even if it doesn’t take the same steps forward off it. 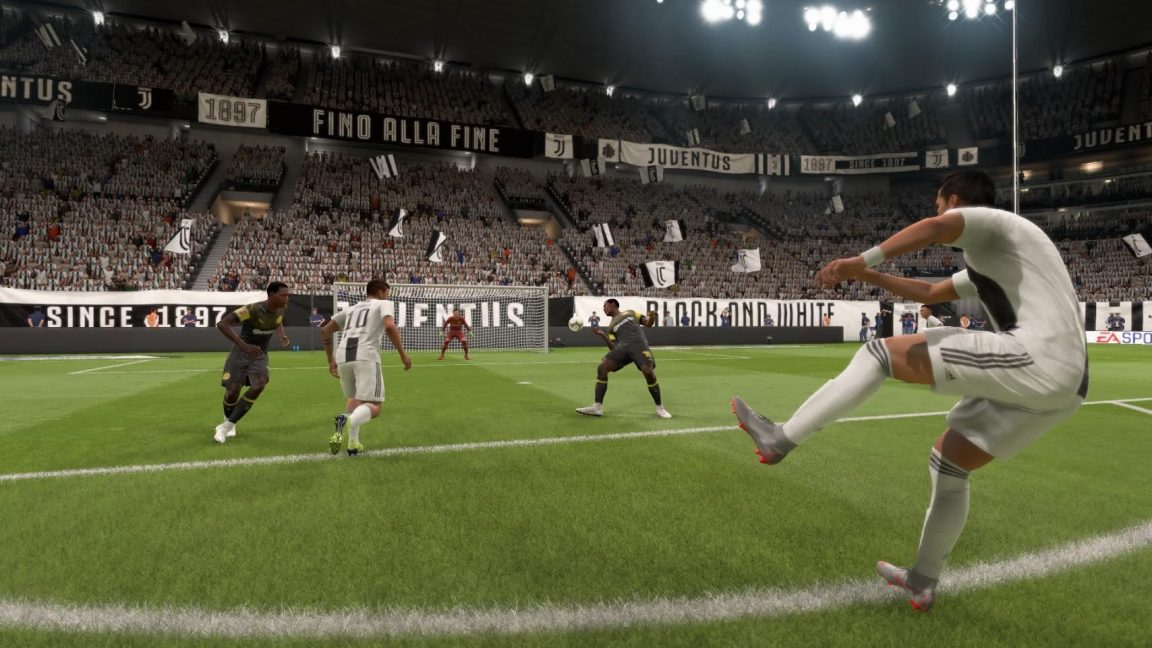 The big headline feature in FIFA 19 is timed finishing. You can shoot the same way you did in FIFA 18, but if you tap the shoot button again as you’re about to strike the ball, you’ll hit it with extra power and accuracy. Tap it too early and you’ll scuff it. Too late and the ball will already have left your foot.

It makes shooting feel more like real life: if you try it when the ball is stuck under your feet, or when it flashes back to you out of a crowd of players, you’ll have to react quicker to get it right, and therefore you’re more likely to fluff the chance. But if you have the time and space to set up a shot, you’re more likely to connect.

You can completely ignore it as a feature, if you want. But the quality of goals you’ll score when you use it – like that Martial strike – make it a constant temptation, and I like having a risk-reward battle every time I’m through on goal.

I’ve always preferred shooting in PES because it feels more varied, but timed shooting closes the gap by giving you both screamers and scuffs. When combined with new ball physics, which makes the ball feel more lively, and less like it’s just pinging between players, you’ll see far more variety in your goals than in FIFA 18. For every screamer, I’ve scored off a fluky deflection. For every overhead kick, I’ve poked the ball home through the keeper’s legs from six yards. The act of sticking the ball in the net simply feels better in FIFA 19, and it makes a big difference.

Things are better in midfield and at the back, too. EA has reworked the way players battle for the ball, which means it’s no longer a case of just getting alongside your opponent and mashing L2/LT. If a player is near the ball, they’ll go after it aggressively. Defenders will take ball and man in slide tackles, but attackers will also chase down loose balls, sometimes turning a seemingly lost cause in their favour.

In past FIFA games, it’s often felt like either pace or speed dominates, but EA has got the balance spot on this year. A pacey winger can still burst past a full back, and skill moves are more likely to wrong foot the CPU, but a big centre back will win a shoulder-to-shoulder battle with a smaller forward. You can really notice a player’s strengths and weaknesses, and it makes for a more believable game of football. 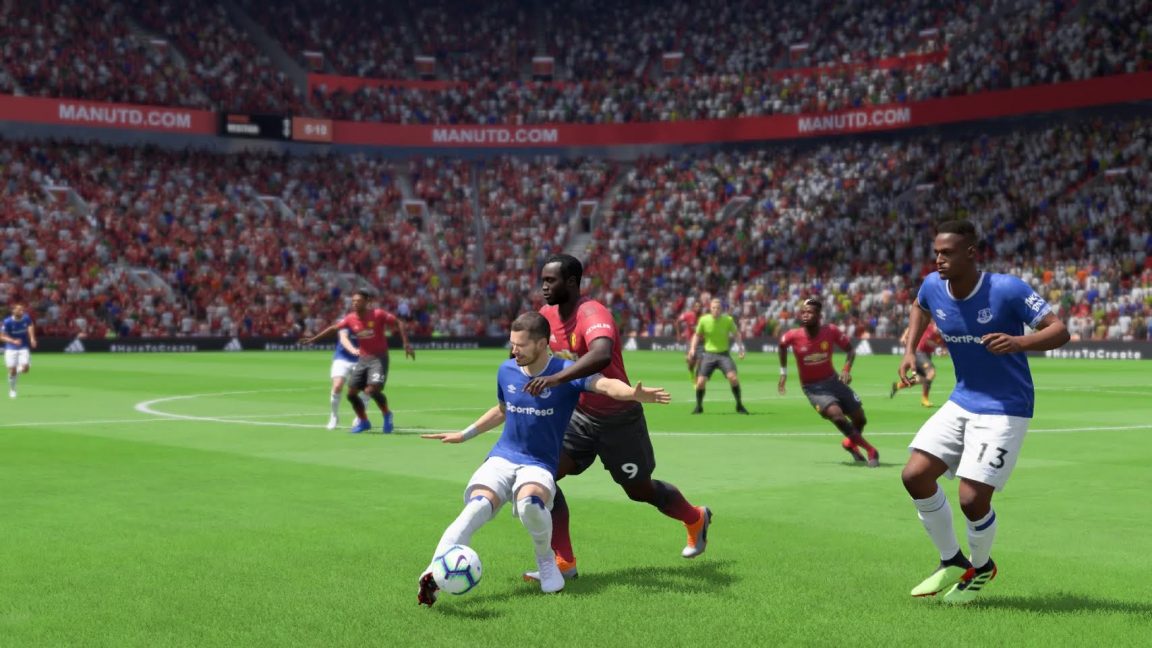 Tactics are another point of improvement, but the new system isn’t perfect. You can set separate strategies for each of the five mentalities (from ultra-defensive to ultra-attacking), moving a number of sliders to decide how deep your defenders will drop, or how wide your wingers will play.

You can also choose different overarching styles for both attacking and defending for each mentality, and there are lots of options to pick from. When defending, for example, you can choose to get men behind the ball, go for all-out pressure, or for something in between, such as rushing after the ball for seven seconds after you lose it. You can really feel the effect on the pitch, too, and it creates a lot of freedom for how you set up your sides.

But it still feels like a first attempt. It’s quite fiddly to set up your tactics, and there’s no way to copy a template between two mentalities. I wanted Paul Pogba to have a free role on the balanced, attacking and ultra-attacking mentalities, which meant flicking between the three and setting it each time. During matches, you can’t change tactics for any mentality other than the one you’re currently using, which seems bizarre.

The new first touch mechanics are similarly up and down. Tapping the right stick in any direction before you receive the ball will make your player do a fancy flick. It feels great when you pull it off – but it’s too easy to pull off. If you’re in space, you can reliably flick the ball up and blast a volley home.

These are both minor gripes that EA could fix, but the biggest complaint about FIFA 19 is that it simply feels too easy against the CPU. In career mode, I played on Ultimate difficulty, which was previously only in Ultimate Team. I expected a real challenge. Instead, I ran away with the league as Man United. Opposition defenders will consistently fail to pick up runs from your midfielders, leading to easy goals.

In one six-minute half against Watford, I ran up four goals, 17 shots and 65 percent of the possession, and I missed only two or three sitters. Yes, my team was stronger, but it shouldn’t be happening on FIFA’s highest-ever difficulty. FIFA has always been more end-to-end than the more considered Pro Evo, but I would’ve liked to see EA slow the pace down slightly, and make it harder to create chances. 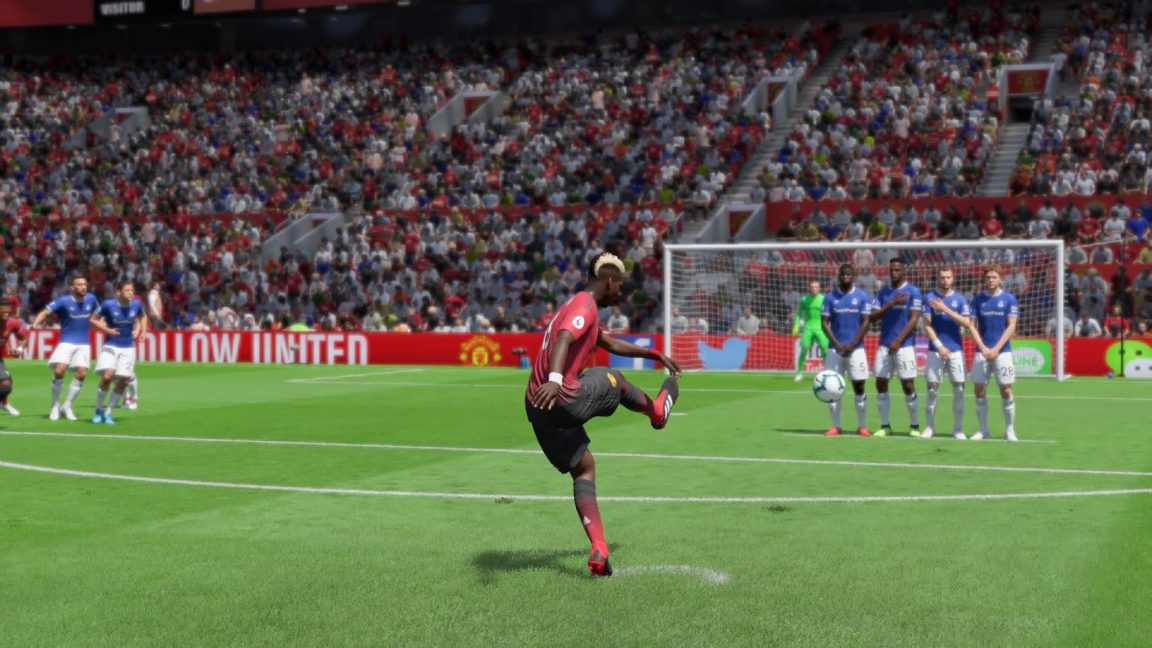 Still, you can always go into the settings and fiddle with the gameplay sliders, changing everything from the CPU’s default sprint speed to the chance of a passing error, or the likely severity of any injuries. Those sliders are one of my favourite things about EA’s sports games, and you can really make FIFA 19 feel like your own.

Off the pitch, FIFA 19 doesn’t make many strides with its game modes. EA have secured a new Champions League license, and it’s undoubtedly cool to walk out while the voice we all know so well sings “THE CHAMPIOONSS”, but I would’ve much rather they revamped Career Mode, which hasn’t changed in years.

The Journey story mode receives more attention, and you can now control three characters, including the main man Alex Hunter, who’s playing at Real Madrid. Switching between players when you want is novel, but I couldn’t bring myself to care about the characters, who are mostly unlikeable. Lanky striker Danny Williams, who’s climbing up the Premier League ranks, simply calls himself ‘The Williams’. Ugh.

Worst of all, you’re asked to complete countless training sessions early on, so you’ll have to battle through a couple hours of boredom to get to the meaty bits.

And then there’s the behemoth of FIFA Ultimate Team, which is bigger than ever: in the new Division Rivals tournament you’ll play placement games before competing against players of a similar skill level in tournaments. As in previous years, I still think you accrue gold coins too slowly in FIFA 19, which funnels you towards spending real money to get better players. But building up your team with your favourite players is admittedly satisfying, and few other games can beat the thrill or frustration, depending on which side you’re on, of a close online match. 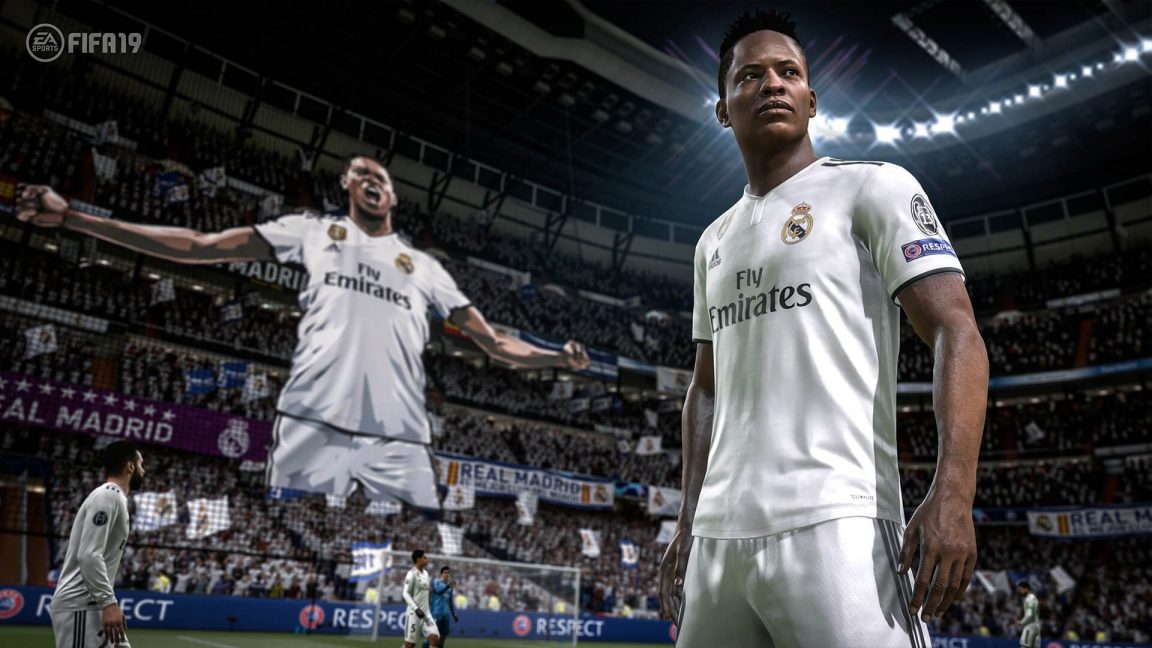 The biggest changes, perhaps unexpectedly, are in Kick Off. You can set up matches in different scenarios, the most imaginative of which is Elimination, where you lose a player every time you score. But my favourite addition is the ability to create an account to track your results across different consoles, and record your matches against other players who are also logged in. Last year, I played 50 games of FIFA over a couple of months with a friend, and we wrote every result and scorer on three A4 pieces of paper. This year, FIFA will take care of it for me.

I’d happily play another 50 games with my friend, and countless more online and against the computer, in FIFA 19. It’s a shame EA has neglected career mode and playing against the AI feels easier than normal, unless you’re willing to tweak gameplay sliders. But the changes EA have made – particularly to shooting – have paid off. FIFA 19 is better than FIFA 18 in almost every way, and it’s more fun to play than any other football game right now.

For all things FIFA 19, check out our guide.