Once you’re becoming a more experienced trainer, Pokemon Go will want you to start tackling raids. Be prepared – here’s a list of all the current raid bosses.

Once you boost your Pokemon Go trainer level to level 5, you’ll unlock a new feature for the game: raid battles. These battles take place at Pokemon Gyms out in the world at random times of day, replacing the usual back and forth for control between the Pokemon Go Gym Teams with an all-hands-on-deck battle against a super-powerful boss Pokemon, where players of all kinds can work together to bring that Pokemon down.

This is, as in most massively multiplayer games, known as a raid boss. On this page we’re going to run down some basic information about raids – plus list the current raid bosses. 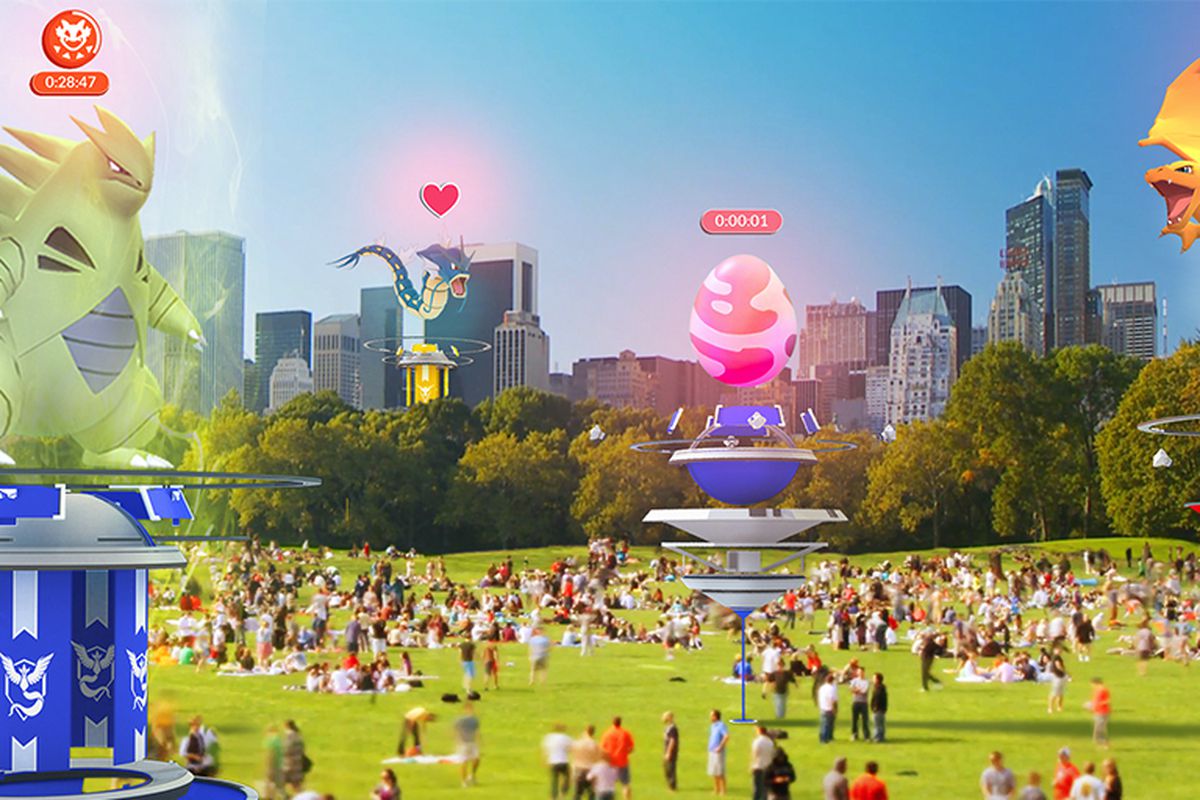 Taking on raid battles has a few benefits in Pokemon Go. For one, you’ll be given various rewards for tackling raids – player experience, but also rare items like Rare Candy, Golden Razz Berries, plus Charged and Fast TMs. But the best reward is that you’ll also have the chance to catch the Pokemon featured in the raid battle – and the Pokemon that show up in raid battles are often rare, desirable or even exclusive to raids. Some of the best Pokemon in the game are nabbed this way.

Your chance to capture the Pokemon is limited, however – in raid encounters you’ll be forced to throw Premier Balls once you’ve defeated the boss, and the number of Premier Balls the player is awarded depends on your performance in the raid battle, plus things like how the gym team allegiance breaks down between the raid party members. For the best results you want to try to inflict the most damage possible, have your team be in control of the gym, and be fighting alongside a majority of members of the same gym team.

If you run out of Premier Balls, the raid boss will run away. Raid battles range in size and difficulty – some will even be possible to solo, while others will require a full 20 players to reliably tackle.

Like most things in Pokemon Go, raid battles run on a rotation depending on what else is going on around the game. Below, we list the current raid battles, listing each raid boss tier, boss CP and some Pokemon type weakness suggestions for that battle. Thanks to Leekduck for the image – with more information in the table below that. (Last updated Oct 2018)

On our raid list, you’ll find each Pokemon currently appearing in raids, their tiers (so how difficult they’ll be and how frequently they’ll appear), plus some other useful information like their Pokemon type and their type weaknesses – which in turn will help you to decide which the best counters are for that raid Pokemon. Find a Pokemon team that can blast down the enemy, abusing their type weaknesses. 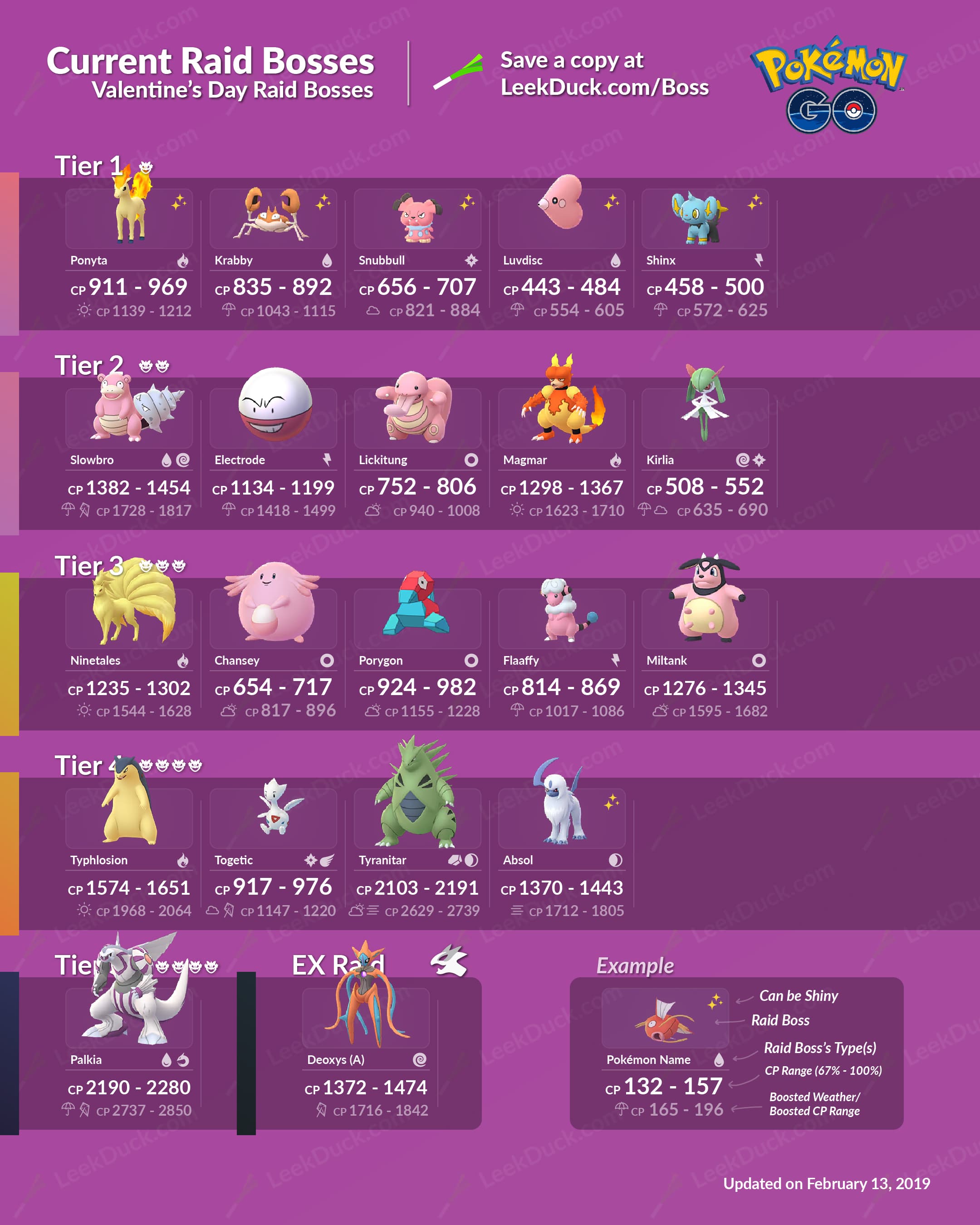