Puzzle Fighter strategy: tips and tricks for battle in the iOS and Android release

When the time comes to take your Puzzle Fighting skills online, you need to be ready to up your game.

While taking folk on over the internet isn’t exactly the same as standing next to them in a sweaty arcade, Puzzle Fighter for mobile on iOS and Android is a pretty great version of the classic arcade gameplay that made the series great. There’s a lot of strategy and depth to puzzle fighter when you get down to it – what starts as a simple color-matching game can very quickly escalate into something far more challenging.

Before we get started, there are a number of different terms and concepts in Puzzle Fighter you need to familiarize yourself with, and some are exclusive to Puzzle Fighter mobile. You need to know all about Crash Orbs, Gems, Power Gems, Affinity, Timer Gems and character progression. Before getting into our larger tips here, head to our Puzzle Fighter mobile beginner’s guide to learn more about all of that. 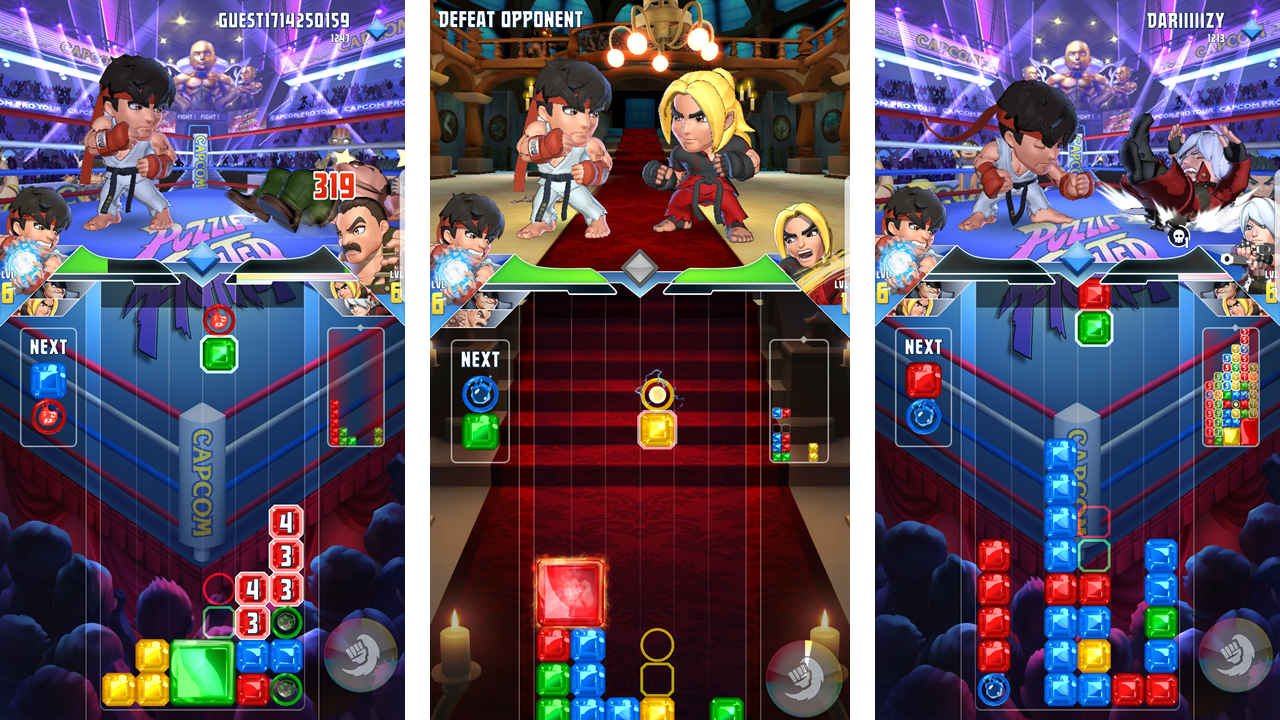 The first thing you need to get over in Puzzle Fighter, especially as you reach more advanced strategies, is a fear of having a lot of gems on your board. Some of the more powerful special moves in the game require a lot of gems to be together to create a sizable Power Gem – and that’s going to require you to buckle up and accept that you’ll need to let a lot of gems build up.

M. Bison’s Psycho Blast move does a massive 339 damage at level 6 and even stuns the enemy for 2 seconds, for instance, but it requires a very significant three-by-four power gem to trigger. That’s 12 gems total – a good chunk of your entire play grid.

This is where much of Puzzle Fighter’s strategy is – the true test of your mettle is if you’re willing to take the risk to fill up your board in order to deal devastating damage. Big combos and big damage are important, especially since some characters such as Frank West and Mike Haggar have moves that can also heal. You need to be willing to take the risk – so try to reprogram your brain if clearing gems quickly is your normal state. This leads into our next point… 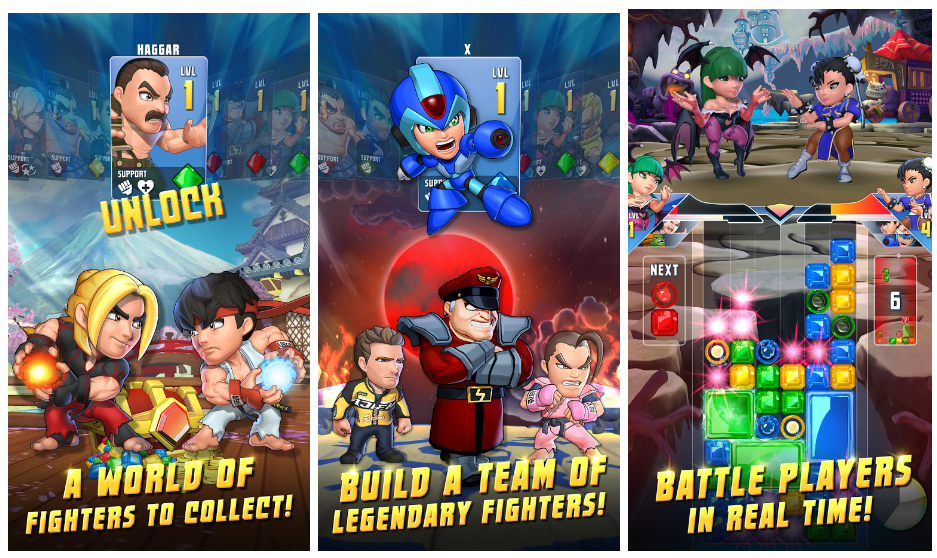 Consider focusing on one or two gem colors in a match, and remember your gem affinity

Puzzle Fighter gems come in Red, Blue, Green and Yellow variants, though you shouldn’t try to make power gems out of every single type of gem. There’s simply not enough space on the board, and some powerful special moves demand so much space that you’ll need to dedicate much of the board to triggering them. In addition to this the mobile version of Puzzle Fighter also assigns each character in the game a type of gem that they have an an affinity for, and you’ll dish out more damage and have a better chance of winning if your strategy focuses on those gems.

As detailed in our beginner’s guide to Puzzle Fighter, your team will consist of three characters with different gem affinities. You’ll be well served to put together a team with at least some shared affinities (I’d recommend two of one affinity, and one back-up of a different type) and then you should focus on building those gems up into power gems when in battle, pushing irrelevant gems and crash orbs off to a handy ‘junk row’ on the side.

Keep in mind your character affinity stacks – so if two characters on your team have a red gem affinity, for instance, you’ll get a tier-two bonus for any red gems you break. 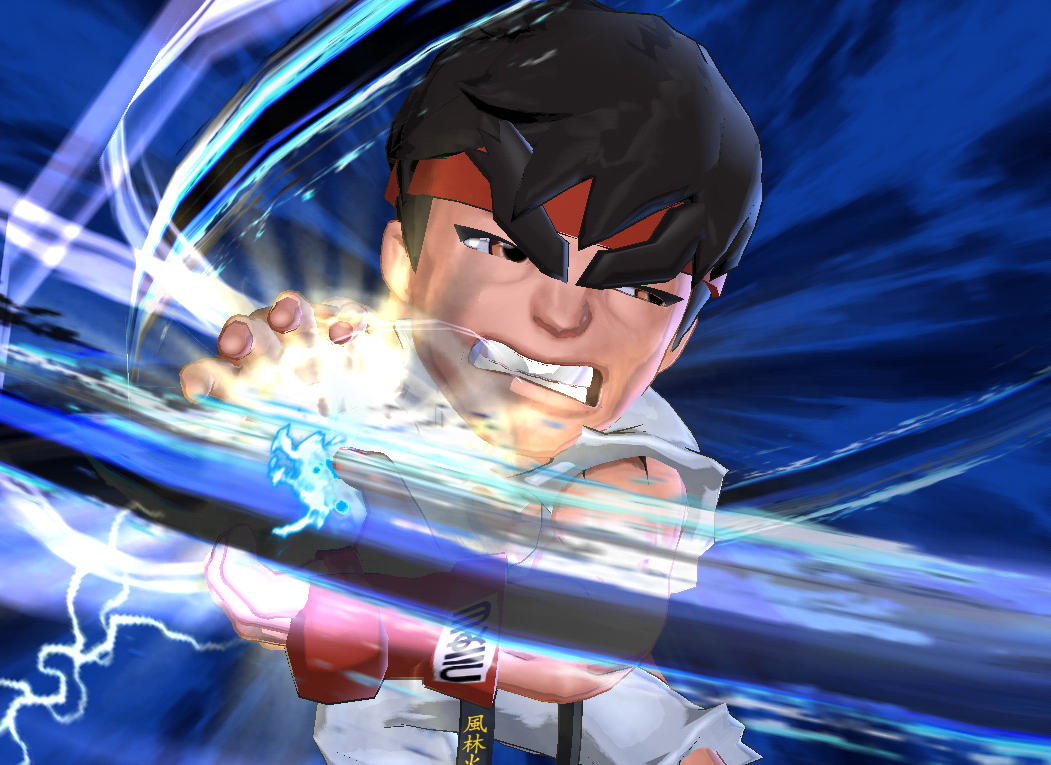 One way you can almost certainly force a tight match to swing back in your favor is to use your super move, but this only builds up over time, with each gem you break contributing to your super meter. When it’s fully filled, a single press of that lovely button will deal out an absolutely enormous amount of damage.

Both players receive exactly the same gems in exactly the same order, so key to victory is to drop your gems quickly and get ahead so you have more gems on the board – all leading back to the advice we’ve already given about building up gems and filling the board at once.

Inevitably you’ll end up with stray gems that don’t fit into the bigger picture that you’re working towards, but be sure to clear them away whenever an appropriate Crash Orb arrives – every gem you break contributes to that super meter, even if it’s an individual gem or two. This applies even more so to the ‘junk’ gems you’ll have if you’re following our one or two color strategy – clear them as the opportunity presents itself, and often. 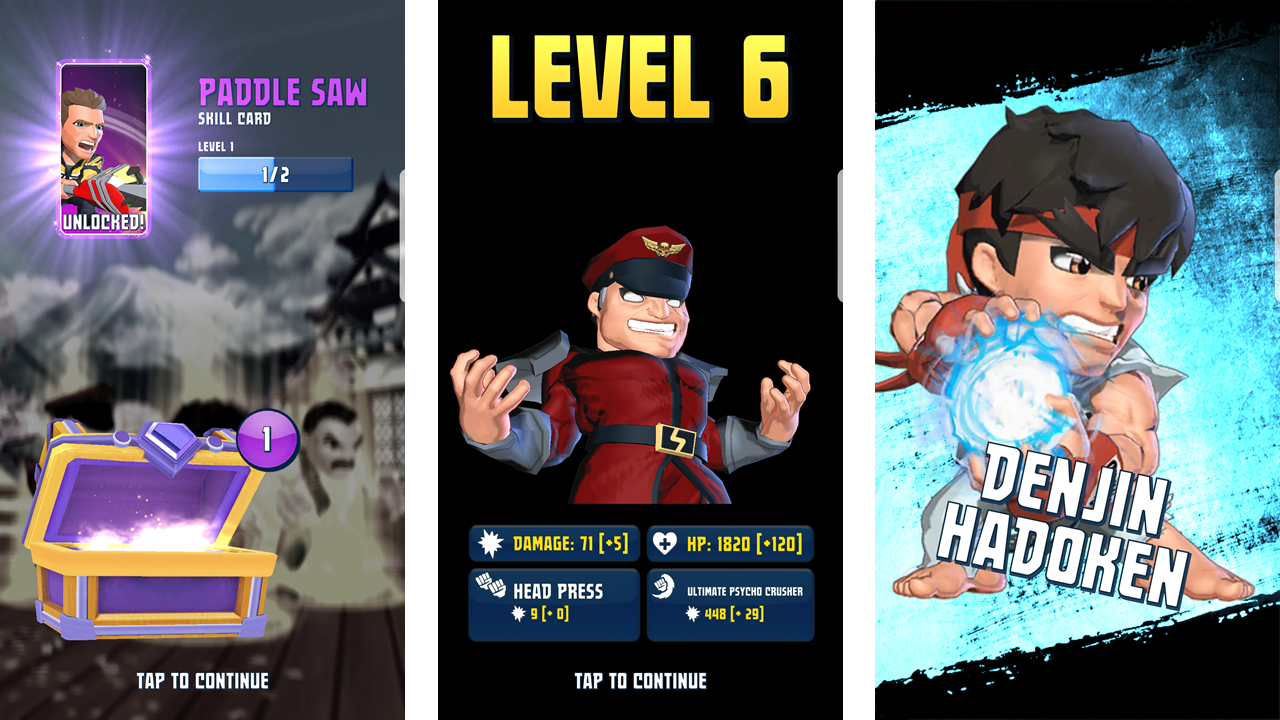 Understand Timer Gem drop patterns and how to deal with them

As you climb the leagues in Puzzle Fighter’s online play you’ll eventually unlock Timer Gems, and as mentioned in our Puzzle Fighter beginner’s guide this really changes the game in a large way. Timer Gems are sent to your screen by your opponent whenever they break gems, and you do the same to them when you break your gems.

Here’s the deal: Your gem drop pattern is determined by character, with the harder characters (those with lower health or more difficult special moves) featuring more brutal drop patterns that are harder for your opponent to clear. Jill Valentine’s drop pattern is particularly brutal, for instance, and that makes her one of the most frustrating and deadly characters in the game when placed into the right hands.

The best Puzzle Fighter players will learn each character in the game, knowing their drop patterns and thus how to fight them. If you know this you can build your gems to match that – so for instance M. Bison’s drop pattern initially drops two yellow, two green and two blue horizontally – you could plan your entire game around this. This requires a deeper knowledge of the game, but if you start learning now you can plan well ahead and build into it so the drops actually help you – and the drop pattern of each character is displayed at the start of each match for just this reason.

When timed gems go wrong, remember that stray Crash Gems can be used to your advantage. Place them next to counting timer gems of the same color and when those gems hit zero and become real gems, they’ll immediately be destroyed.

The main piece of timer gem advice, however, is this: don’t panic.

As you progress in Puzzle Fighter on iOS and Android you’ll get something that was never in the arcade – full blown character progression. As well as unlocking new characters and the like you’ll also unlock new moves – so Ken has his Shoryuken, of course, but he also has his Tatsumaki Senpukyaku, a Hadouken and other moves – and crucially you can only take two moves into battle.

Try to decide early on which characters and moves you’re using and try to focus your resources on leveling them up. While obtaining the skill cards that allow you to level up is random, choosing where to spend your gold on actually using those skill cards is not, and you’ll want to not waste it on characters you don’t intend to use. Try to pick a balanced set of characters you’re aiming to focus on and level them up accordingly.

If you find pulling off a particular pattern of power gem difficult, don’t go equipping a move that makes use of that pattern, since you’ll never see it in match if you can’t pull off the required input – just like in a proper fighting game.

Plan ahead and upgrade as often as you’re able to. Don’t forget to complete the single-player missions every day for some free gold and skill cards that’ll prove vital in improving your team.